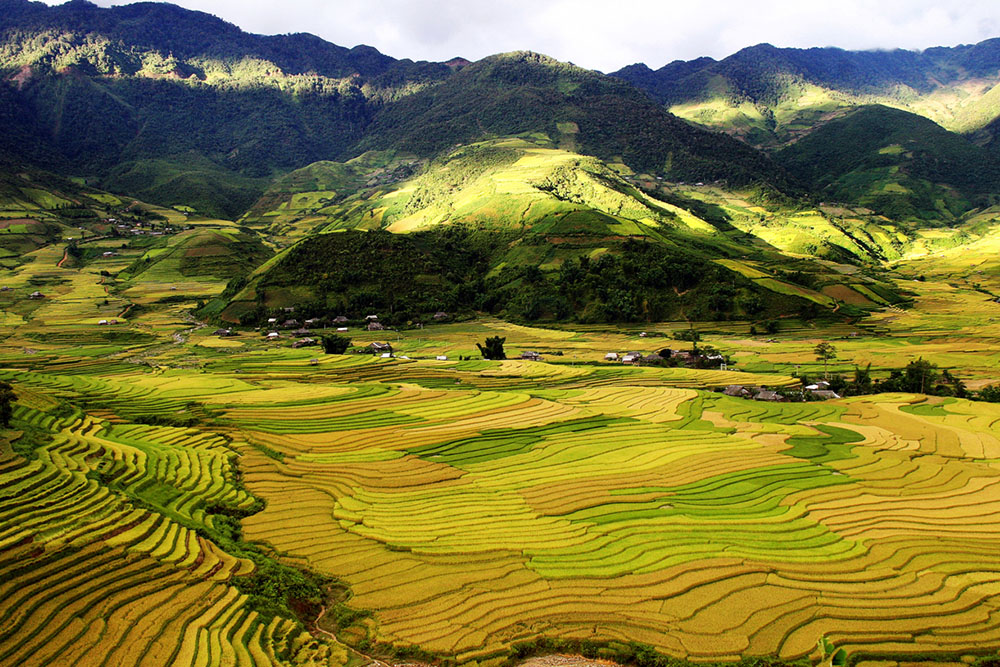 With a mild climate year round, Sa Pa, Lao Cai is a tourist attraction destination in the country by the fresh air, beautiful scenery. At the height of 1,650 m above sea level, Sa Pa charming and enchanted by 4 seasons a day, the terraced rice fields submerged in clouds, Fansipan hidden beneath majestic. In addition, it also kept the ancient culture full of mystery.

Interspersed between the terraced rice fields untouched ethnic Dao, H’mong is ancient rocks with different engravings. With about 159 ancient rocks, large and small stones are scattered remnants of prehistoric man.

Ancient rocks French archaeologists discovered in 1925, lies strewn Muong Hoa streams . On the carved stone decoration, silhouette, terraces, floor or even traces of writing. According to some historical documents and ethnographic, the carvings are very concise, clear pristine era, when people depend entirely on nature.

The carvings on the stone was very simple, but to decipher it is still a challenge for researchers. It is believed that each stone will keep a story about life, living and ancient culture.

Monday rocks bordering Almost two sports and Lao Chai commune, is the largest reef in the 100 block of different size. It has carvings appear only once.

For the people here, from the ancestral father he passed on the mythological story of the curse engraved on rocks like mountains and forests continue to be sacrificed on the occasion ... If left to curse descendants will be punished.

Do not know how real is it? but people here only know her story for children born later in the carvings and the curse is both inexplicable. For years, experts in the country have come to ancient rocks in Sa Pa Seeking the exact answers to the mysterious sculptures

Thank you for your comment!
Please fill all fields, and validate captcha